Sentinel number 753 was made by engineers Alley and MacLellan in Glasgow in 1914. It is the oldest Sentinel in existence and the only surviving Scottish built Sentinel waggon.

In 1905 Alley and MacLellan began to make steam waggons and soon captured a large share of the market with their undertype standard 4 ton waggon. Demand led to them relocating the waggon building to new purpose built works in Shrewsbury in 1916.

This Sentinel was sold new to Alexander Runcie, Carrier of Inverurie, and spent its working life in the locality.

By 1945 it was working with McIntosh of Forgue’s haulage fleet near Huntly and eventually was recovered from their yard, partly dismantled, in 1966 for preservation.

‘Standard’ Sentinels were remarkably simple and robust steam waggons that featured an efficient vertical boiler whose steam generating capacity, in the hands of an experienced fireman, gave the vehicle its advantage over its competitors. The small boiler ran at a relatively high pressure, 230 psi, and delivered superheated steam to the eight valve twin cylinder engine. To aid efficiency, exhaust steam preheated the boiler feed water to close to boiling in normal running conditions. Standard waggons were generally used with a trailer, enabling them to move loads of around 10 tons.

From the mid 1920s, the design was refined with the introduction of the Super Sentinel and later, the DG type (Double Geared). In final form, from 1934, the S type (shaft drive, 4 cylinder) featured full electrics and could run comfortably at 45 mph with up to 60 mph available.

The last batch of Sentinel steamers left the works in 1956, bound for Argentina. By this time, the company had begun production of undertype motor lorries. 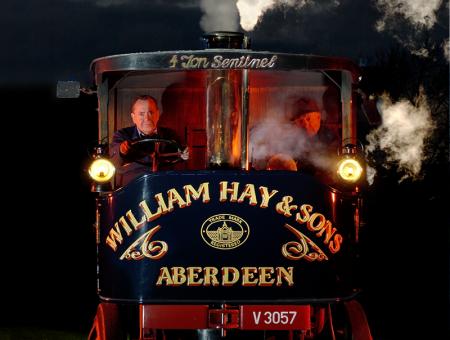 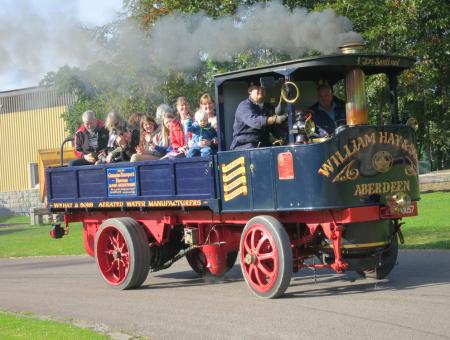