Andrew Lawson, a postman at Craigievar near Alford, designed and built this remarkable steam tricycle between 1895 and 1897. This unique local vehicle has survived in working order and with it a great deal of fascinating information about the dawn of the motoring era in Scotland's North East.

Andrew Lawson was a man fascinated by the rapid technological advances of his time.  His interest led to him becoming one of the earliest professional photographers in the area and also to being among the first to use electric light in his home. He had rigged up a water wheel driven generator before the turn of the century.

Postie Lawson was familiar with the steam railway locomotives that dropped his mail at Whitehouse Station. He also followed with keen interest the advances in road vehicle design on the continent as described in magazines to which he subscribed and in 1895 he decided to build his own road steamer.

The result was a timber framed tricycle that embodied many of the design features that were current at that time: tiller steering, flywheel & carriage brakes and vertical fire tube boiler. Unusual was the very early use of an effective differential.

The 'Express' was demonstrated to the press in 1897 and ran at parades, shows and galas for many years.  Postie Lawson used it at least once for his postal delivery round but it is doubtful that it proved more practical than his GPO pony, 'Kate'. 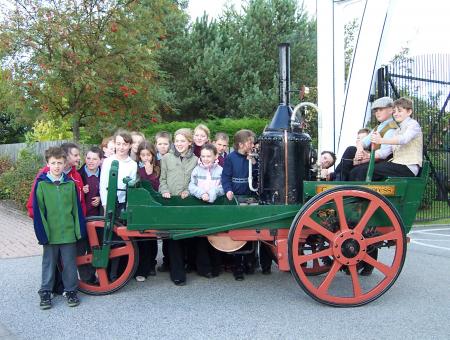 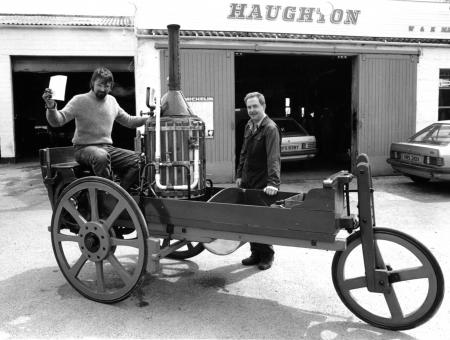