Herbert Austin’s company made light vans and lorries in addition to their successful motor cars.  In 1939 they introduced their 2 ton K2 and two further 5 ton variants.

Throughout World War 11  Austin supplied the War Office with lorries (many modified with four wheel drive) and their famous K2 ambulance, known as ‘Katy’, one of which was driven by the then Princess Elizabeth, our present Queen.

After the war the pre-war models continued and this K2 was new in May 1947 to a Perth wine merchant called R B Smith and Sons Ltd.  This company was well known into the 60s  for marketing its own blended whisky, most notably Old Moorland and Clan Livet.

The K2 has been extensively rebuilt by its previous owner and plans are in place to return it to the original R B Smith livery in the future.

The museum is looking for any information about R B Smith and Sons Ltd of Perth to help with the completion of this rebuild.  In particular we would like to find several cases of the 1960s whisky blend! 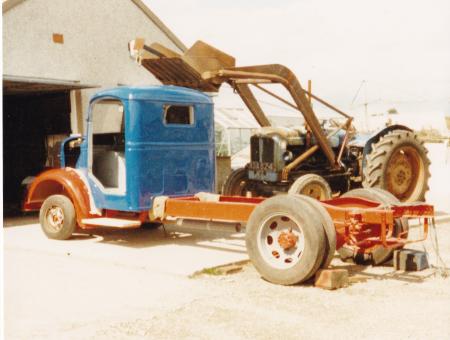