How ‘Slippery Sam’ led to X75 Hurricane on display at GTM

GTM curator Mike ward has always been a motorcycle enthusiast. He happily recounts how, as an 18yr old student, he was proud of his 350cc Triumph 3TA ‘café racer’, complete with clip-on handlebars. “My time at Art College in the early 70’s coincided with BSA/Triumph’s motorsport success with their 750cc triple production bikes, the BSA Rocket 3 and the Triumph Trident, sweeping all before them. The most famous Trident, ‘Slippery Sam’ (so called after springing major oil leaks in an early race!), won 5 consecutive production 750cc class TT races at the Isle of Man between 1971-75.

“That was the golden era of the Triumph Triple” Mike adds “just ahead of the Japanese multi-cylinder tsunami which swept the British motorcycle industry aside. Every young enthusiast coveted one and as soon as I graduated and found employment, in 1976, I remember rushing out with my first paycheque and buying one of the last Triumph Trident T160’s – a dream come true!”

Despite this success in the world of production racing all was not well at BSA/Triumph/Norton. In order to boost the showroom appeal of their triples above their sister company’s Triumphs, BSA sent one of their Rockets over to American fairing creator Craig Vetter to customise. He went beyond the original brief with a sweeping fibreglass combined fuel tank/seat and extended front forks giving it the ‘Easy Rider’ look which, with its stunning paint job and outlandish triple exhaust gave it the ‘sex appeal’ missing from the standard BSA range. However, with BSA in real trouble by then the X75 Hurricane, as it was named, was badged as a Triumph anyway. But by the time it was ready to go on sale the end of BSA/Triumph was near. In the end there were only 1172 Hurricane’s built using up BSA engines (with the 12 degree forward sloping cylinders) before the factory doors closed, hence the rarity of one of Britain’s most exciting motorcycles of the 70’s.

Mike continues his story “Even at that time if I could have found a Hurricane I’d have bought one but I was very pleased to get one of the last 750cc Trident T160’s and went on to enjoy it for 10 years and 100k miles. At that time Slippery Sam was already a motorcycle legend and as a nod to its style I fitted the same ‘Ray Gun’ exhausts to my own machine – very cool! In a twist of fate my old bike has now been converted into a full Slipper Sam replica by its current owner (only its third) and won a northern motorcycle show in its new guise.

“With all of this history and 2021 being my last season at GTM before Mandy and I retire, I was determined to have a Hurricane in this year’s exhibition. The Triumph owner’s club stepped in and Scottish based member David Currie, from Irvine, has kindly loaned us his immaculate example for the season. It joins the rest of our motorcycles, including our dedicated British Motorcycle Charitable Trust (BMCT) display containing an even rarer Triumph Bandit.

Our COVID safety standards require advanced ticket booking but this is easily achieved by booking on our website. The museum is currently open Thurs-Tues weekly, but check in advance as we hope to return to 7 days in the summer.”

Mike has been curator of GTM for 37years, since it opened, with Mandy taking care of all the office management. 2021 will be their last season before well-earned retirement to enjoy their role as recent grandparents. Mike would be delighted to meet fellow motorcycle enthusiasts when you visit, just let him know when you plan to be there. 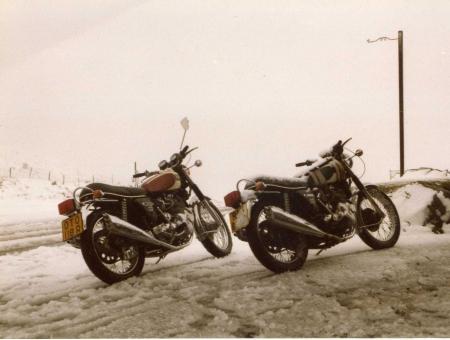 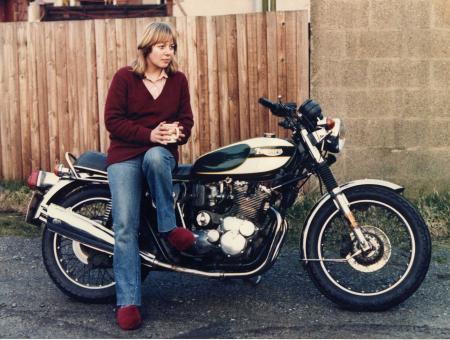 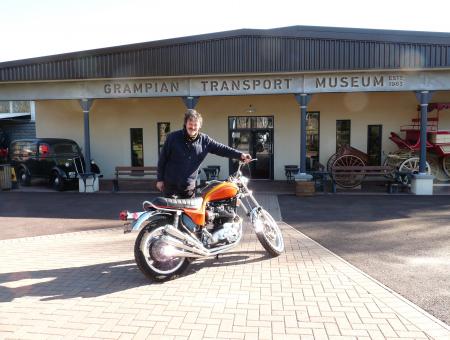