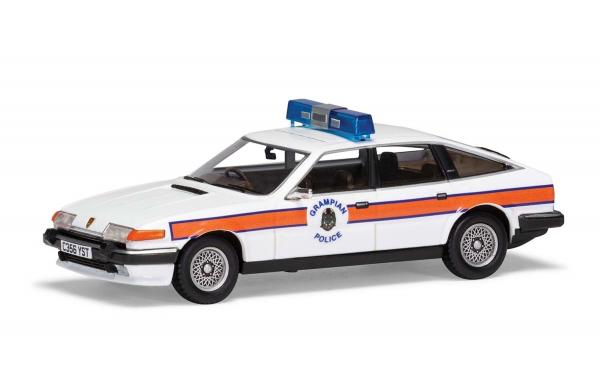 *Price includes P&P to the UK only!

Rover’s SD1 (Special Developments 1) was produced from 1976 to 1986 as a large high spec hatch back with supercar lines borrowed from the Ferrari Daytona. Rover used a refinement of their (ex Buick) 3.5L V8 engine and new 5 speed gearbox or 3 speed auto for the first cars.  Smaller engine and  diesel variants followed as a fuel crisis hit the V8’s running costs hard.  The car was extremely well received winning the coveted European Car of the Year Award and other accolades from the outset.

Britain’s police forces tested the car and placed orders immediately.  It was the ideal compromise: a big load space and ample performance for the period.  The Rover also established itself in motorsport and so credibility with motorists and performance car enthusiasts was assured.

In Aberdeenshire, Grampian Police (now part of Police Scotland) purchased several SD1s that featured locally, along with some Ford Granadas, for the control of speed and road traffic incidents.

In 1985 the new bypass gave the NE its first section of fast road.  Grampian Police ordered another SD1, one of the later high performance fuel injected versions of the 3.5L V8, known in civilian trim as the Vitesse (French for speed) to patrol the bypass and area around Stonehaven.  This car used the 190bhp engine and 5 speed manual gearbox of the production model along with, unusually for a police car, power steering, but all other luxury items were excluded from the build: electric roof, windows and mirrors, central locking, trip computer, sound system, and aircon and cruise control options.  It was therefore lighter and easier to maintain.

On 10 December 1985 C356YST took up its station on the Stonehaven bypass and went to work!  Those who were enjoying the new road remember it well.  It would suddenly appear right there in your mirrors, and so would points on your licence or, for many, a three month ban!  The car became something of a talking point among local car enthusiasts and one comment is recalled, ‘you can’t relax until you see it going the other way’!

Grampian Police ran the car until 20 July 1988 after a hard life that included 3 back axles and several crashes!  It was sold and there began a series of private owners and the inevitable deterioration common to all SD1’s (and most cars from the period) due to poor rust inhibition.

Finally it was rescued in a partially restored condition by the Channel 4 TV programme, ‘For the love of Cars’, in 2014, professionally restored for the programme and sold by Coys at the NEC, Birmingham, to the Grampian Transport Museum on 10 January 2015. 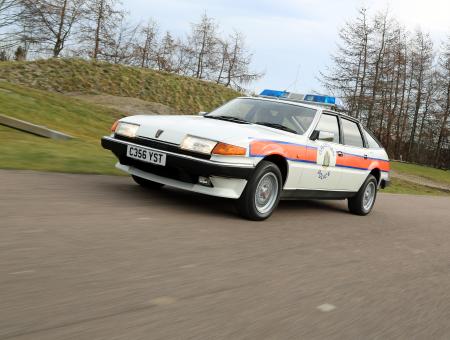 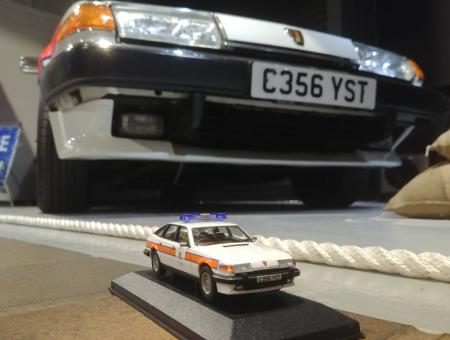 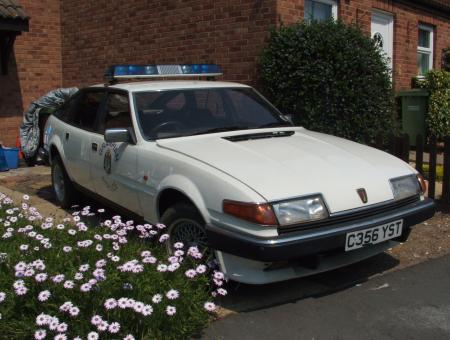 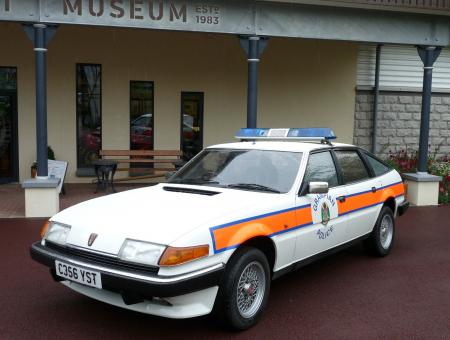 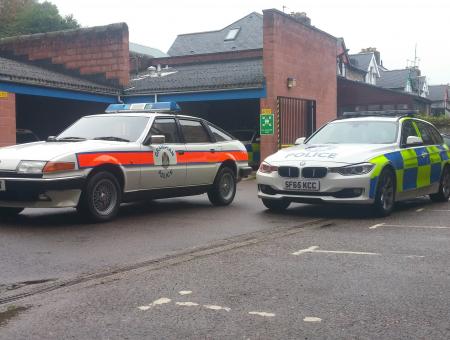