Collections Blog - The tin in a tin!

The Tin in a Tin!

For those of us involved in dealing with museum donations, all offerings are interesting - but every now and then, something simple becomes the subject of much speculation when the normal routine of checking does not come up with answers.

In May this year, we were presented with an attic find. These are objects that, sadly, are from a deceased relative and had obviously been kept because it had some special significance to the late owner. The donation consists of an old, large toffee tin – with a very old acetylene headlamp, and a tin container which had contained calcium carbonate. This was the chemical that produced acetylene when water was dripped on it and powered the early vehicle lights over 100 years ago. Grampian Transport Museum has lots of these old tubes with different makes and lots of information on their industrial origins. This one is different. It is titled ‘The All Black Carbide of Calcium’ and has a neat drawing of an Edwardian man riding a bicycle. At the bottom, it also declares – Albert Oil & Chemical Works, Aberdeen. I felt sure it would be available online for collectors – but drew a complete blank. There was someone selling a little oil can produced by AO&CW – but nothing on All Black Calcium Carbide. So, is this container unique? Does anyone know anything about the make? There is information on line about Albert Oil & Chemical Works, but not much about their products. 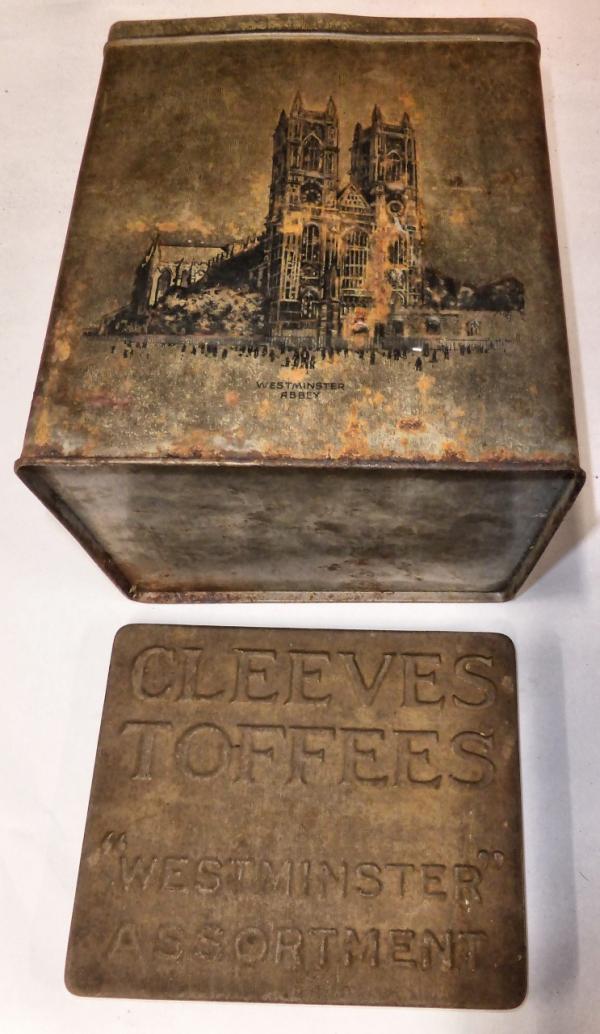 The little lamp is a Powell & Hanmar bicycle or motorbike headlight and we have lots of information on that. However, even the toffee tin is interesting. Again, no internet information on ‘Cleeves Toffees, Westminster Assortment’ - with its rather nice embossed and printed pictures of Westminster Abbey on the sides of the tin. The company was based in Limerick in Ireland and their production of dairy products and toffees peeked in 1914. From 1919 onwards, the war of independence took its toll on the company and it was liquidated in 1923 and taken over by the State. Seems unlikely that the new government would sell toffees dedicated to the old colonial rulers! We think probably pre 1919? Again – information would be gratefully received.